Srawberry finches are more commonly know as the red avadat or red munia. 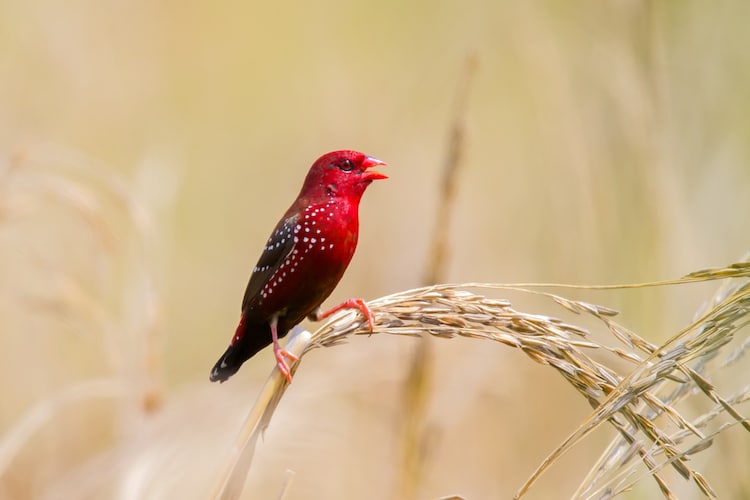 They are tiny unique birds are three to four inches long, and live in small flocks in tall grasses near water. 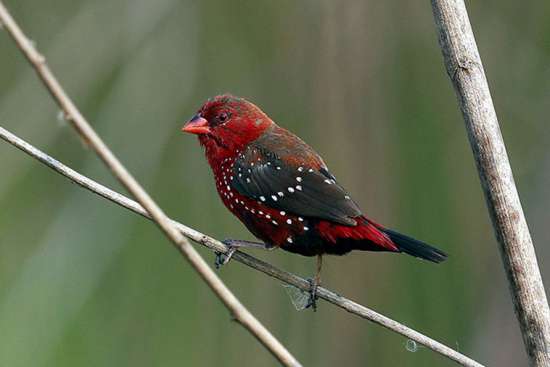 They are easy to spot because of their bright scarlet plumage, speckled with bright white dots.

Strawberry Finch Perched on an Ear of Paddy

Both male and female have a dull brown coloration when not breeding, and when the time is right, this all changes. 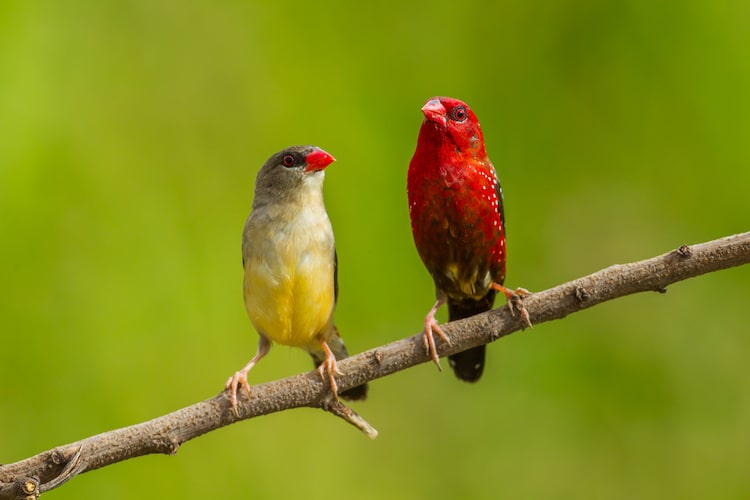 Couple of Red Munias Sitting on a Branch

Males take on a deep red crown and back with scattered white dots. The underside, breade and sides of the head are a rich scarlet color. 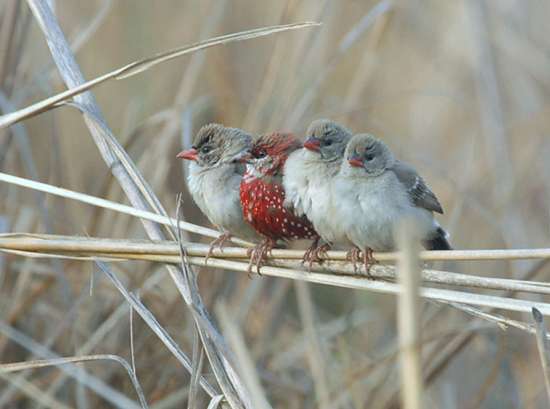 Females also undergo a makeover for the season, after molting their underside becomes a bright orangey-yellow.

Pair of Female Strawberry Finches on a Branch 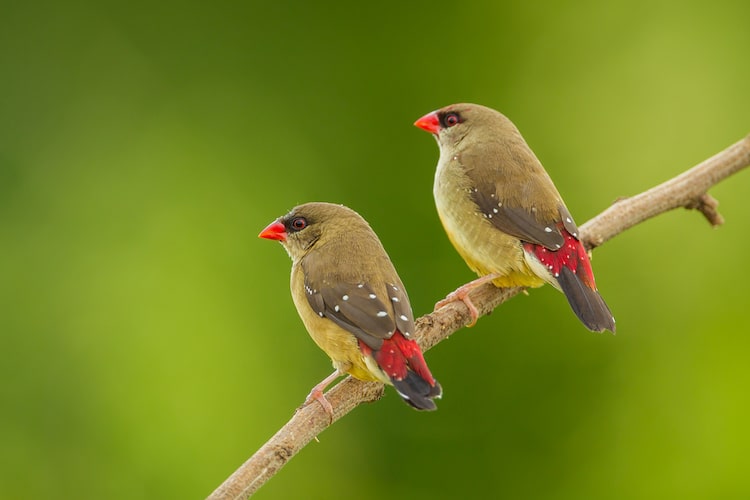 Interetingly, both genders change the color of their beaks, but this is to do with the length of daylight. 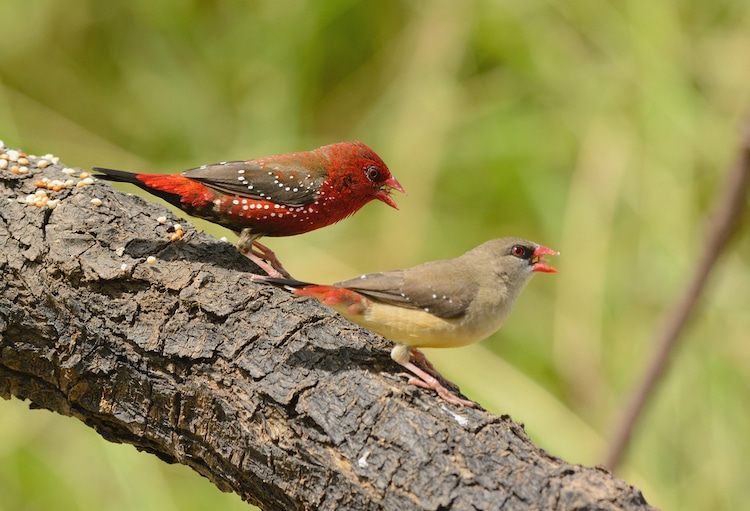 Outside of the breeding season, males and females take on a duller appearance. 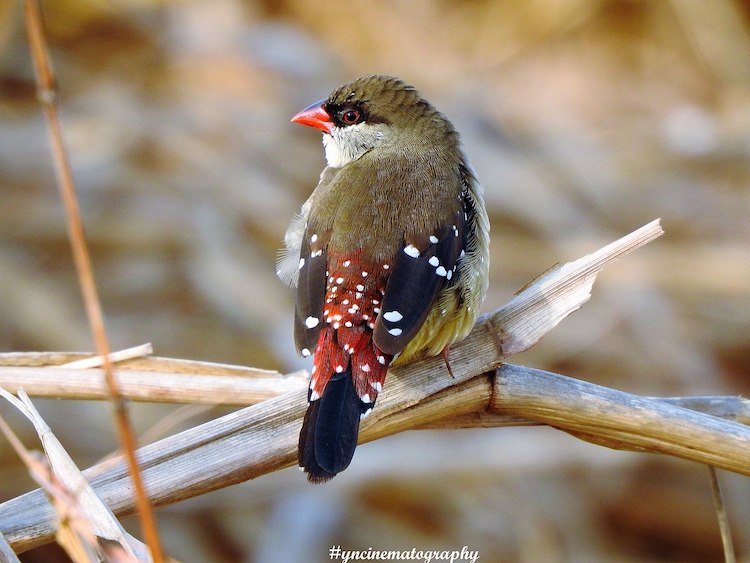 Strawberry Finch Outside of Breeding Season

During winter months, their beaks will darken and turn black, but during the warmer months the beak becomes red.

Once couples pair up, they remain monogamous for the entire season. 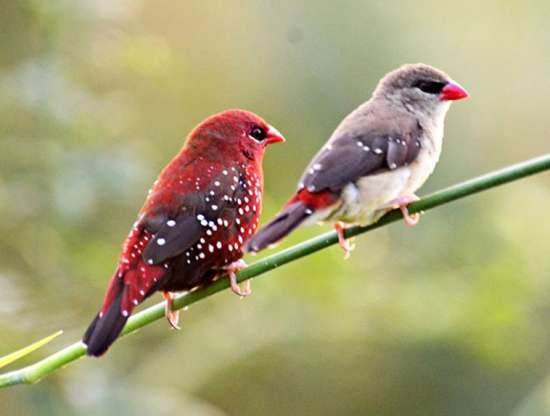 These birds are often kept as pets due to their coloration and wild populations have been introduced in Hawaii and Fiji. 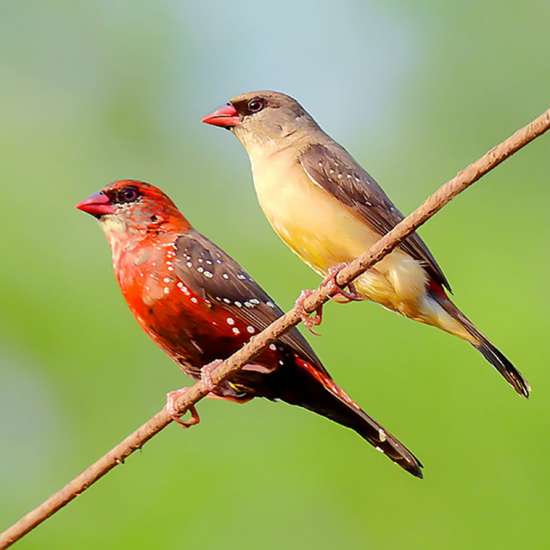 They can be found across the grasslands and fields of tropical Asia, their original population was spread accross Bangladesh, India, Sri Lanka and Pakistan. 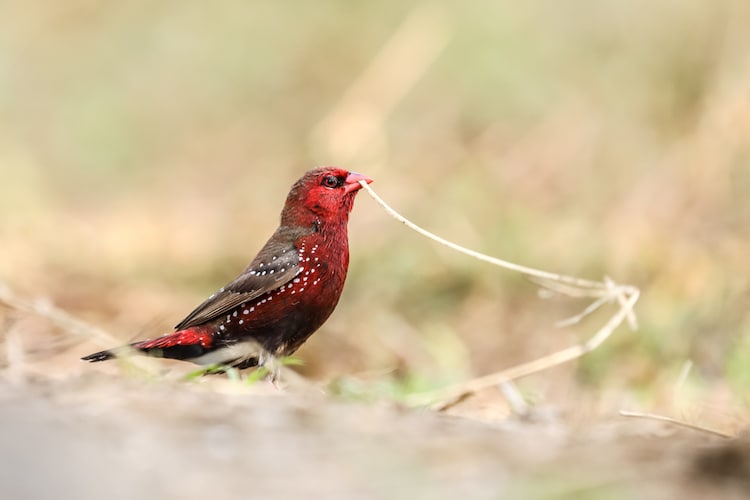 In their natural habitat, they breed when it is the monsoon season, building a globular nest made out of grass blades, in which they lay around 5 – 6 eggs. 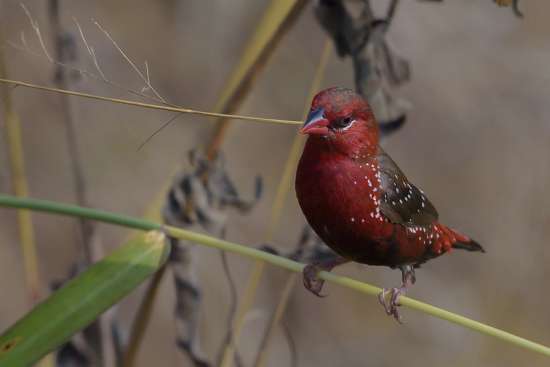